Tap to Call
Directions
Meet Our Team
Meet
Our Team 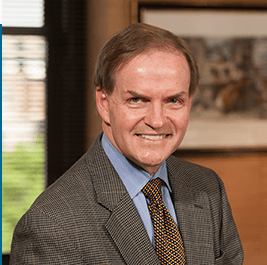 A Virginia attorney for more than 30 years, since joining Lichtenstein Law Group in January 2002, Greg has focused his civil practice on cases involving life-altering injuries and wrongful death, including matters of defective products, medical negligence, and auto and tractor-trailer crashes, in which clients have sustained serious and complex injuries (including burns and traumatic brain injuries) and damages (including lost earnings, loss of earning capacity, and the variety of losses that are suffered by the survivors/beneficiaries in wrongful death settings).   Greg has also been deeply involved in many of the firm’s complex federal criminal defense matters.

Before joining Lichtenstein Law Group, Greg was a commercial litigator.  He tried cases in state and federal courts in Virginia, West Virginia, North Carolina and Ohio, and successfully argued appeals in the Virginia Supreme Court and the United States Court of Appeals for the Fourth Circuit.  Greg’s cases included the successful defense of trade secret misappropriation and patent infringement claims, the reversal on appeal of a substantial lost profits award against his convenience-store chain client in a commercial trespass case, and obtaining and successfully defending on appeal summary judgment against the United States in an estate tax matter involving an unusual issue of (alleged) express or implied repeal of a statute’s effective date.

Greg serves his profession as a member of the Board of Governors of the Virginia Trial Lawyers Association, and as chair of the VTLA’s Products Liability section.   Greg has served his community as a director, officer and President of the Roanoke Jaycees, a leadership training and community service organization.   Greg serves his faith community as his church’s administrative lay leader, as a member of multiple committees, and as a member and Chair of the church’s Administrative Board.  Greg is also a member of and soloist for several choral groups in his church.

Former board member of Total Action Against Poverty

Former board member of Roanoke Regional Chamber of Commerce

NO MORE TRIALS OR MISTRIALS

Learn more about our attorneys:

In a court of law, you'll want us sitting next to you.

We've helped people like you get their life back since 1992.

We're more than ready to discuss your case.